About SO Fine Art Editions 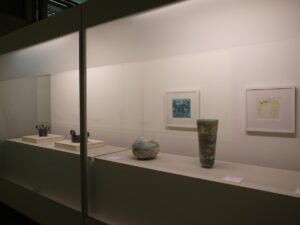 Jack Doherty is one of the featured artists of ‘Vessels: The Spirit of Modern British Ceramics’, currently on at the Mashiko Museum of Ceramic Art, Japan. The exhibition showcases an overview of British ceramics and its evolution from the nineteenth century to today. The exhibition also features Gordon Baldwin, Alison Britton and Elizabeth Fritsch among others. View this powerful exhibition until March 29th.

See more of Jack Doherty’s work at SO Fine Art Editions on his artist page. 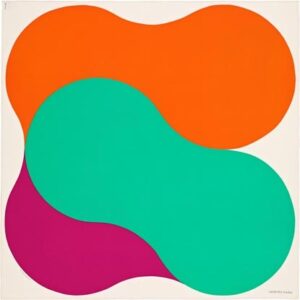 Artist Richard Gorman has designed a beautiful silk scarf for design label Hermès. This colourful scarf echoes Gorman’s paintings and prints with bold, bright blocks of colour. You can find the scarf at the link.

Richar Gorman’s original fine art prints at SO Fine Art Editions can be found at the link to his artist’s page. 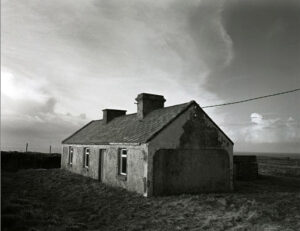 Amelia Stein, House by the Cliff

View new works from photographer Amelia Stein at her exhibition at the Royal Hibernian Academy, Dublin. The exhibition, ‘Erris’, comprises of two distinct bodies of work, both taken in the wild Atlantic location of the Barony of Erris in County Mayo.

This work investigates the human presence in the landscape with studies of the sky and bog. This human presence is visible in the marks in the earth left from hand cutting turf. The stacking and protection of the saved turf Stein says is “anthropomorphic”, telling the personalities of those who work the bog. An art form in itself, the cutting marks bear the hallmark of each individual turf cutter’s style and strength. Absence is a recurring theme in the photography of Amelia Stein, as can be seen in the images of the stacks of dried turf that become sculptural forms in the bare landscape.

Habitations, sometimes domestic, sometimes agricultural, and sometimes an evolution from one to the other, vie with the topography for equality under the vast sky. The weather patterns present in the North Mayo sky induce a quality of the theatrical, which is amplified in Stein’s photographs. These images are presented as large scale unframed works 1.5m X 1m and 1 X 1m respectively.

As a performing arts photographer, Stein worked in theatre and opera in Ireland from 1997  to 2000 and her signature black and white portraiture has featured widely in the music industry. Amelia Stein was elected a member of the RHA in 2004, and of Aósdana in 2006.

‘Erris’ opens 16 January and runs through 22 February, 2015, at the Royal Hibernian Academy, Dublin. Please see the link for more information.

SO Fine Arts on RTÉ’s The Works

Did you catch SO Fine Art Editions on the December 19th episode of RTÉ’s art show ‘The Works’? See a young art lover buy her first piece of art. SO features at the 7:58 mark at the link. Thanks to John Kelly and RTÉ for showcasing our gallery. 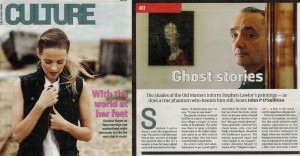 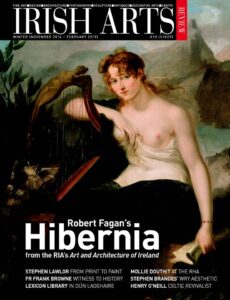 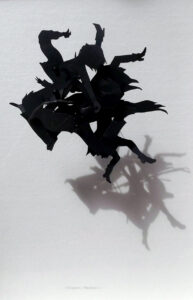 Nicole Tilley, Beneath Fastening
Congratulations to Nicole Tilley who is currently exhibiting in I’m Beautiful Now at the Radiant Gallery, Plymouth. The show was just named as one of the top exhibitions in the UK. You can read more about this powerful exhibition here. See Nicole Tilley’s work at SO Fine Art Editions here. 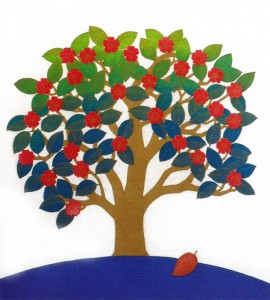 Yoko Akino, The Coming of Wisdom with Time

SO Fine Art Editions announces its upcoming show, a Winter Exhibition, featuring new works from over thirty gallery artists. The exhibition begins 28 November and runs until 17 January. See www.sofinearteditions.com/winter-exhibition-2014 for more information and images from the show.

SO Fine Arts in Totally Dublin 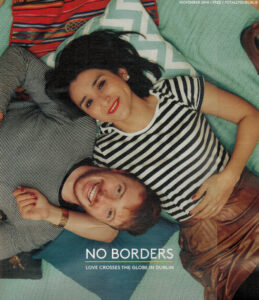 SO Fine Art Editions is delighted to be featured in the Open Your Dublin section of Totally Dublin magazine this month. In Open Your Dublin city residents choose some of their favourite spots in Dublin for art, culture, food, and more. This month Rubio from Hang Tough Framing chose SO Fine Arts as a place to “get off the beaten track and feel inspired”. You can read more of his recommendations in this month’s Totally Dublin.

Please click on each thumbnail for a full size image.

SO Fine Art Editions at the Ideal Showhouse

Click through the gallery for some bright ideas for your house!. Please contact SO Fine Art Editions for a free consultation and let’s see what we can do to make your home ideal.

SO Fine Art Editions will be presenting works at VUE, the national contemporary art fair. We will be bringing new works from our gallery artists, including John Kelly, Stephen Lawlor and Barbara Rae. The gallery is also delighted to launch our first published print. This lithograph from award winning portrait artist Colin Davidson captures one of Northern Ireland’s most revered poets, Michael Longley. SO Fine Art Editions will also be presenting applied arts and ceramics, including exclusive works from Alison Lowry and Owen Quinlan.

VUE will be held at the Royal Hibernian Academy, located at 15 Ely Place, Dublin 2.

Admission to VUE is free.

Look forward to seeing you at our booth.

SO Fine Arts in the Irish Times 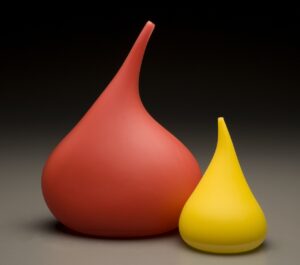 SO Fine Art Editions was mentioned on the Irish Times’ online feature ‘Bargain Hunter’, where author Alanna Gallagher finds the latest in interior trends. You can read all Alanna Gallagher’s recommendations and see her favourite piece from our gallery here.